Thursday began much how Wednesday ended, with tea and great concern whether I've had enough to eat.  Mary made me porridge (yes, porridge is not just a Goldilocks thing) and a host of other Irish breakfast items.  The plan for the day was to take a drive to Birdhill (a couple towns over), which is where my great-grandfather lived from from about 1892 until he emigrated to America around 1910.  My great-grandfather (Paddy Benton) was also Michael's uncle, so he had a decent idea of where to go.

Although the scenery in Birdhill is nothing short of spectacular, our attempts to find Benton-related landmarks were coming up empty.  We saw a school that he may have attended, but it had obviously been redone in the past few years, and I wasn't feeling much history.  Oh well.  I sat in the back of the car, took some pictures, and was appreciative of their efforts to show me the land.  We drove down a few back country roads, got a little lost, and ended up stopping in front of a house that Michael thought he recognized.  After a minute, a younger man (and by younger, I mean about 70 years old) by the name of Miles Grady came out and recognized Mary and Michael.  As luck would have it (and damn was it good luck), this guy knew of the Bentons, knew where the remains of their house was (no one has lived there for 70 years), and was willing to take me on a tour later that night.  BOOM!  More than I bargained for!

Mary, Michael and I went out for "a bit of dinner" (translation: dinner), went home for a nap (we all napped), and returned to Miles Grady's place (I kept wanting to call him Giles Corey...still do). 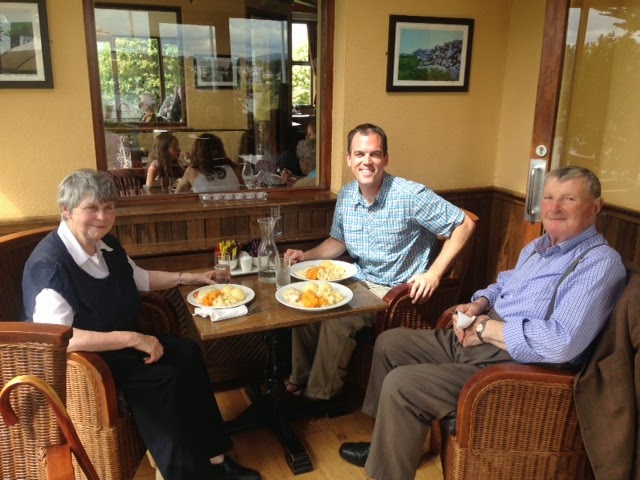 A bit of dinner before nap time 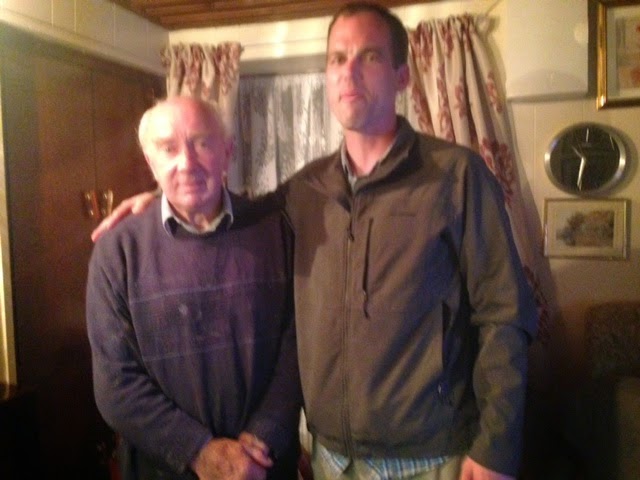 After a nice little stroll through an area where cattle were grazing (there's got to be a name for this that I just can't think of right now), we arrived at my great-grandfather's old house.  Here's a brief interview with me and Miles:

And I got some photos at the house as well: 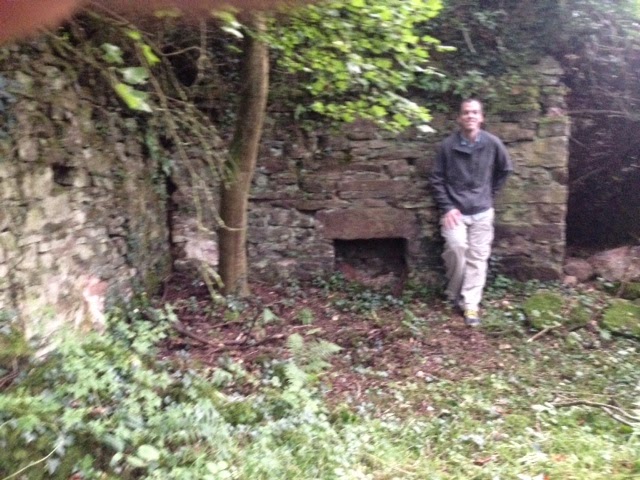 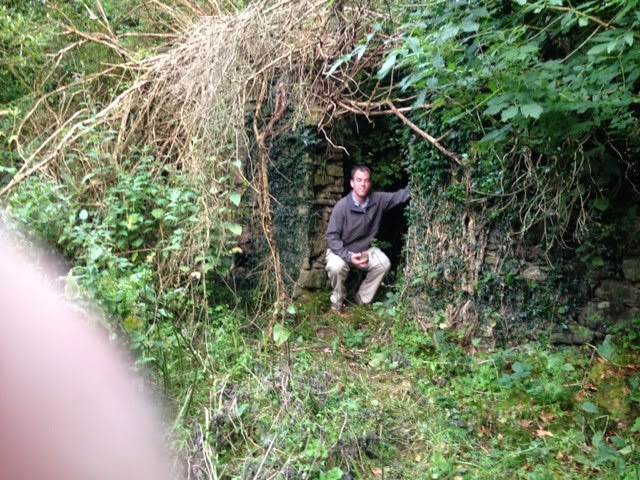 This was main entrance

In short, I learned a great deal about my great-grandfather and where he lived.  While I understand that he made the move to America (Chicago, to be exact) due largely to a lack of opportunity in Ireland, man did he leave some magnificent views behind: 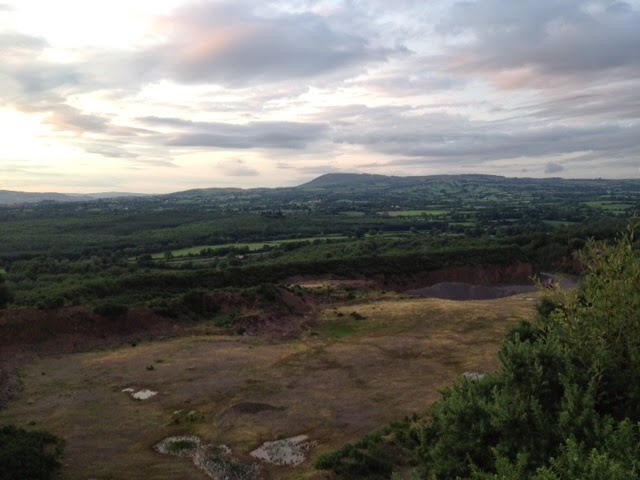 At this point, the sun was setting and I told Miles we should hurry back to the house.  I didn't want to make Mary drive home in the dark, and figured she would appreciate my thoughtfulness.  Turns out I didn't learn my lesson from the previous night.  As I entered Miles' house, all excited about my new discovery, I was promptly offered a drop of whiskey...which, of course, I accepted.  To refuse would have been blatantly rude. 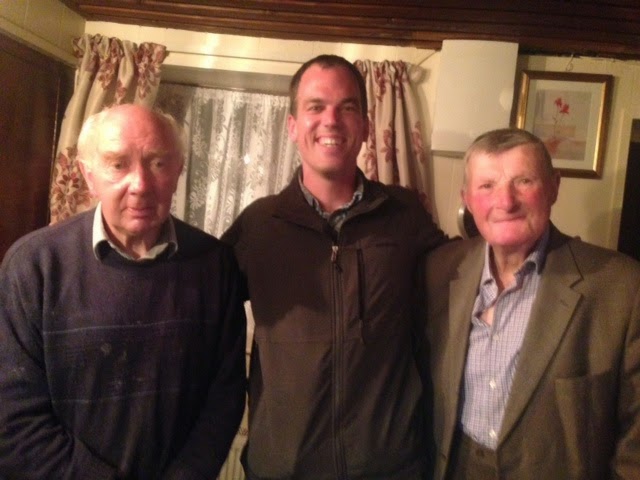 Miles, me, and Micheal.  Some say that whiskey makes you red in the face...

We returned to Newport where I was encouraged (darn near forced) to eat another dinner, have a spot of tea (probably 4 cups), and called it a night.