Sunday: Farewell to the Familiar

There are many benefits to staying in hostels while traveling.  They are cost effective, it is easy to meet people from different areas of the world, and they are often located in city centres.  There are, however, a few drawbacks. For one, there are multiple people sharing a room, showers, etc., which means there is no privacy whatsoever.  This is tolerable for a certain amount of time, but has taken its toll over the course of a week.

Saturday night was a lot of fun, and I returned to my hostel room (20 people sleeping in bunk beds) exhausted and ready to sleep.  I crashed out on the top bunk around 3am, and hoped to sleep soundly until about 8.  I was thwarted when a group of youngsters...hooligans, if you will...came in around 4am singing, laughing, and being otherwise inconsiderate of the 20 people sleeping around them.  Once they settled in and STFU, a symphony of snorers began, and I realized I was in for a long night.  In short, I think I slept for two hours.  Sunday was going to be a long day, and I began wondering how much longer I would be able to put up with hostel life.

I had breakfast with Tina and Nina, took a rather uneventful "Viking Tour" of the city with them, bid them a rather emotional goodbye, and set out to plan my next move.  Up until this point, I had let the trip come to me, making relatively few decisions.  Now, I realized, it was time to take the bull by the horns and chose my own adventure (anyone read these books back in the day?).

After a bit of wandering, I arrived at the Dublin train station, thinking I'd be able to pick up some WiFi, do some research, and make a plan.  I was thwarted, however, when I discovered that WiFi was impossible.  I couldn't even get a 3G network or anything.  Crap.  I realized I had become too reliant on technology, and now I didn't know what to do with myself.  After a lengthy discussion with the man behind the ticket counter, I purchased a four day rail pass, which allowed me to ride the Irish Rail system for 4 days and go wherever I pleased.  This way, I could get on a train (complete with WiFi access), do some research, and make a decision on the fly.  I was able to remember that, when conducting my ancestry.com research, I had found that my 3rd great-grandfather (my grandpa Galvin's grandpa), was born in 1866 in Tralee, Kerry, Ireland.

While on the train toward Mallow, and later Cork, I accessed ancestry.com, confirmed the Tralee connection, and was able to make a last minute transfer in Mallow to get to Tralee.  Sweet.  This was also the way to get to Dingle, which I was told is a must-see by several reputable sources.

Got to Tralee, wandered the town, found a hostel (yes, again with a hostel), met my German roommates (very nice people), and took a shower.  Well, I thought, if my family is from here, maybe there will be some evidence of the Galvin name if I walk around town for a bit.  Sure enough, I found some stuff: 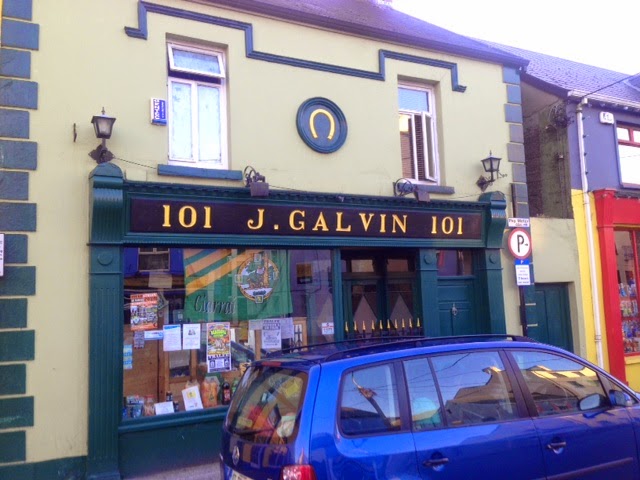 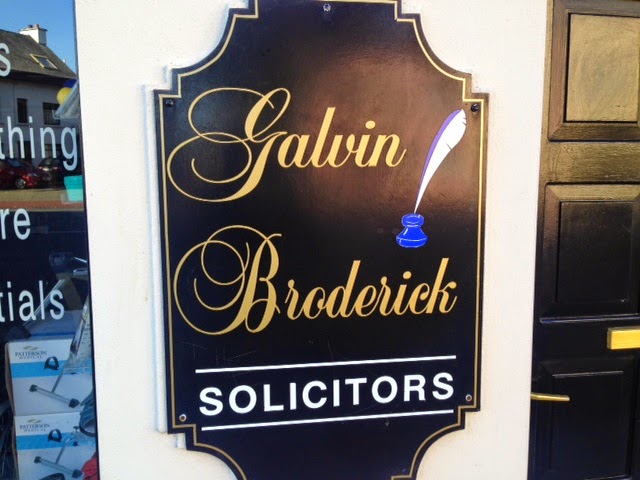 It was nearly sunset, and the businesses were closed. I returned to my hostel to talk to Stephen, who was born and raised in Tralee.  He informed me of a few Galvin families in town, and advised me to visit them in the morning to figure things out.  I went upstairs, listened to my roommates talk to each other in German for a while (perking up whenever I heard a word I recognized), and slept soundly.  I had a feeling that the next day was loaded with potential.