3 Minute Read (6 if you count the Snoop Dogg video)

Humans are the only animals able to think about the future. According to several books I’ve read recently, this is because our brains are larger and more complex than those of any other being. Daniel Gilbert (not the Quicken Loans guy, but the Harvard Psychology Professor) writes, “the greatest achievement of the human brain is its ability to imagine objects and episodes that do not exist in the realm of the real, and it is this ability that allows us to think about the future.” 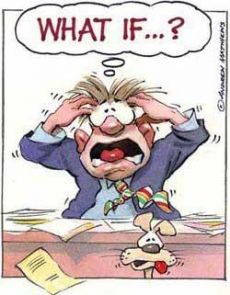 Known to many psychologists as “the ape that looks forward,” we humans owe our unique ability to imagine the future to our somewhat-recently acquired frontal lobe.

But don’t take my word for it, let me introduce you to the compelling story of Phineas Gage. A railroad worker in the mid-1800s, Gage experienced an accident that sent an iron rod through his cheek and up through his brain, boring a tunnel through his head and taking out a sizable chunk of his frontal lobe. The result? Gage walked himself to the hospital and seemed--all things considered--remarkably ok. He went on to live a relatively normal life with one catch: He lost the ability to think about the future. Gage could no longer plan or feel anxiety, and seemed to live in a permanent present. 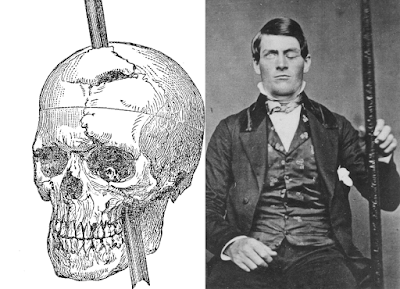 After learning of this, I went skiing for a few days. I noticed that, on the chair lift and when gliding along gradual slopes, my thoughts often drifted to the future ("I'm thinking chicken fingers for lunch," "I sure hope I get a window seat on the flight home," "I don't know man...Trump with access to nukes?"). These thoughts instantly vanished, however, when I was forced to navigate steep runs, moguls, and other fast-moving skiers. In other words, when I was forced to live in the moment, my frontal lobe turned off. I was in the zone.

According to the 2011 documentary Happy, this "zone" is when we are at our happiest.

Don't get me wrong, this is not a call to action for all of us to have our frontal lobes removed (known as a lobotomy). The frontal lobe of Homo Sapiens is responsible for some of the best shit we have going today, including (but not limited to): the wheel, college basketball and Snoop Dogg's Plizzanet Earth:1

Here's my point: Our frontal lobes--allowed to run amok--can drive us mad with worry about a future negative event (which usually doesn't end up happening anyway) and lead us to believe we can control the uncontrollable. Further, according to Gilbert, fantasizing about the future can be so pleasurable that we become certain that our futures MUST unfold as such. Ideal futures rarely pan out, thus leading to exclusively human emotions such as disappointment and regret...just ask anyone who has been to Vegas. 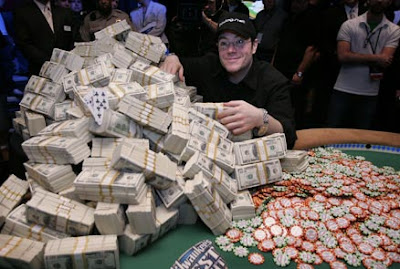 Vegas according to our frontal lobes 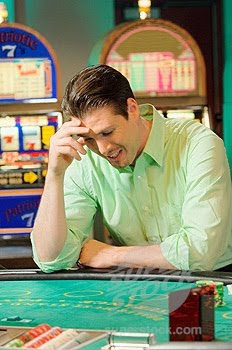 So how do we turn this stupid frontal lobe off and live in the moment? Here are a few suggestions:

Meditate: Train your mind so that you are in control, not your ignorant-ass forehead. There are several apps that can help with this.

Write: When you write well, you think well.

Monotask: Zen proverb - When walking, walk. When eating, eat. When out with your friends, put your goddamn phone away.2

Appreciate: It's impossible to worry and be thankful at the same time. Go ahead. Try it.

Read: Books, you asshole. Social media doesn't count. Here are some recommendations. Let me know when you need more.

Establishing these habits has been helpful for me. What am I missing? Would love to hear from you.
Also, just figured out how to add footnotes to blogger. Who doesn't love footnotes?

2 I added the part about the phone. Seemed appropriate.↩