Awoke Saturday to find it pouring rain in Dublin.  Our tour bus was to leave at 7am, but ended up waiting in the rain until about 7:15.  Soaked but excited about the day, Tina, Nina and I boarded our bus and set out for Belfast.  On the way there, our tour guide explained the history of Ireland, specifically as it applies to the Catholics vs. Protestants conflict.  We had a choice to either tour the Titanic museum (the Titanic was built in Belfast and set sail from there), or take a taxi tour of the city and of the conflict areas.  Unanimously, the three of us chose the taxi tour.

Our tour guide was an impressive dude.  He has been a taxi driver in Belfast for the past 30 years, had seen his friends murdered as part of the conflict, and was able to answer just about every question we had. 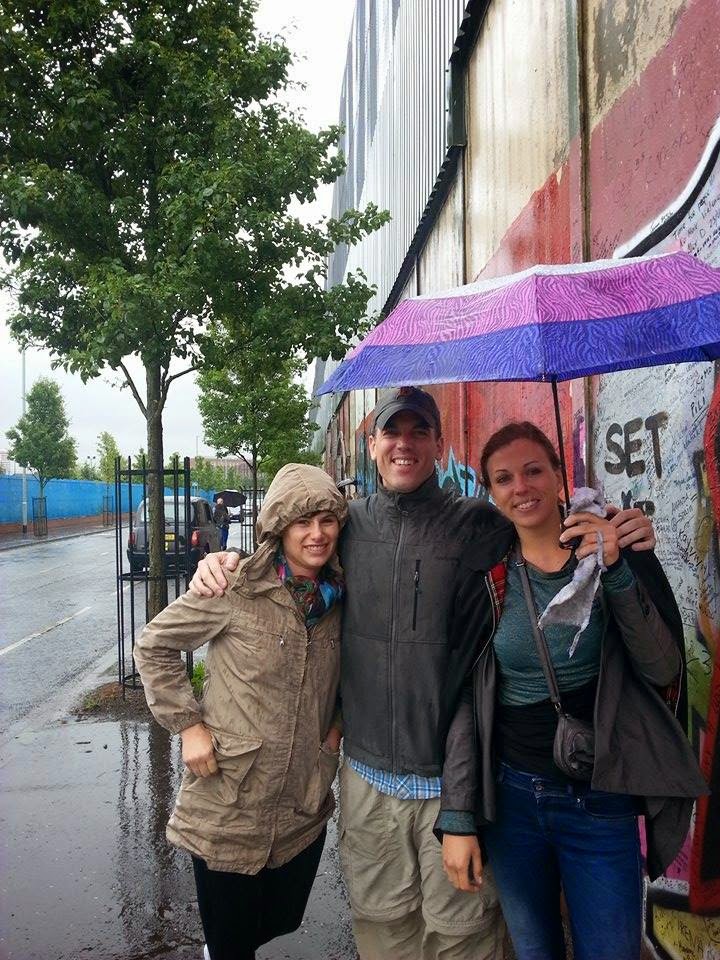 Here we are, looking happy in front of the wall that divides Catholics from Protestants, thus preventing riots in Belfast.

I won't go into the details of what I learned about Belfast, but it's fascinatingly sad.  From Belfast, we got back on the bus to see the lighter side of Northern Ireland.  The rain continued, and I was amazed at how cold it was.  We toured around the Irish Sea, which made me wonder why there are no seas near North America.  We have gulfs, oceans, and bays...but no seas.  Waddup with that?

We hit up Giant's Causeway, which is either the result of volcanic activity millions of years ago or of a battle between a giant from Ireland and a giant from Scotland: 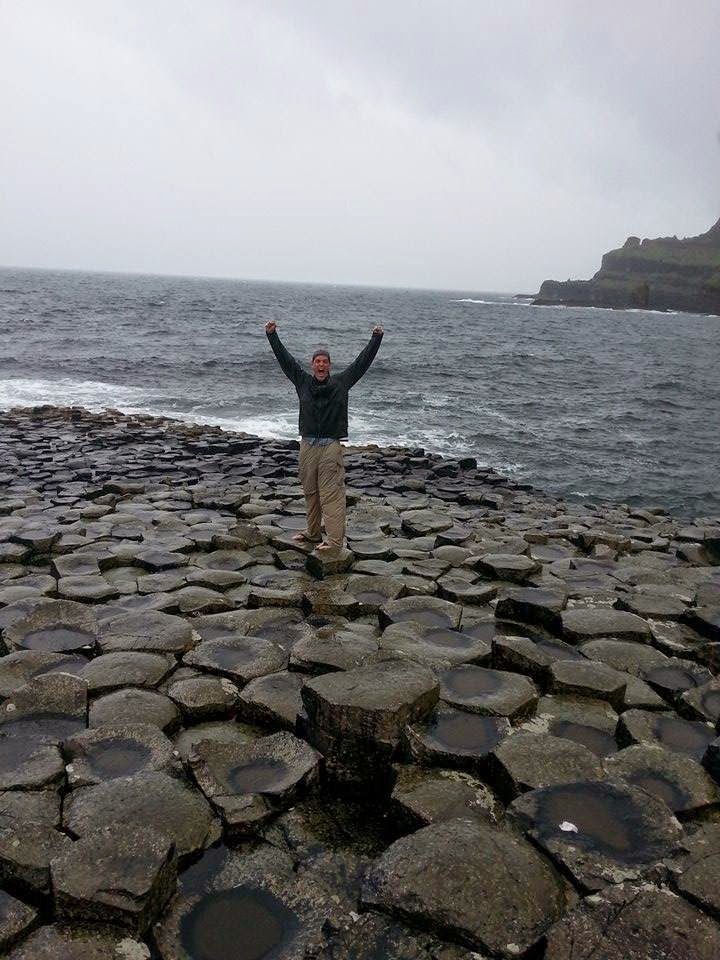 Horizontal rain at this point

Then there was a castle that I can't remember the name of: 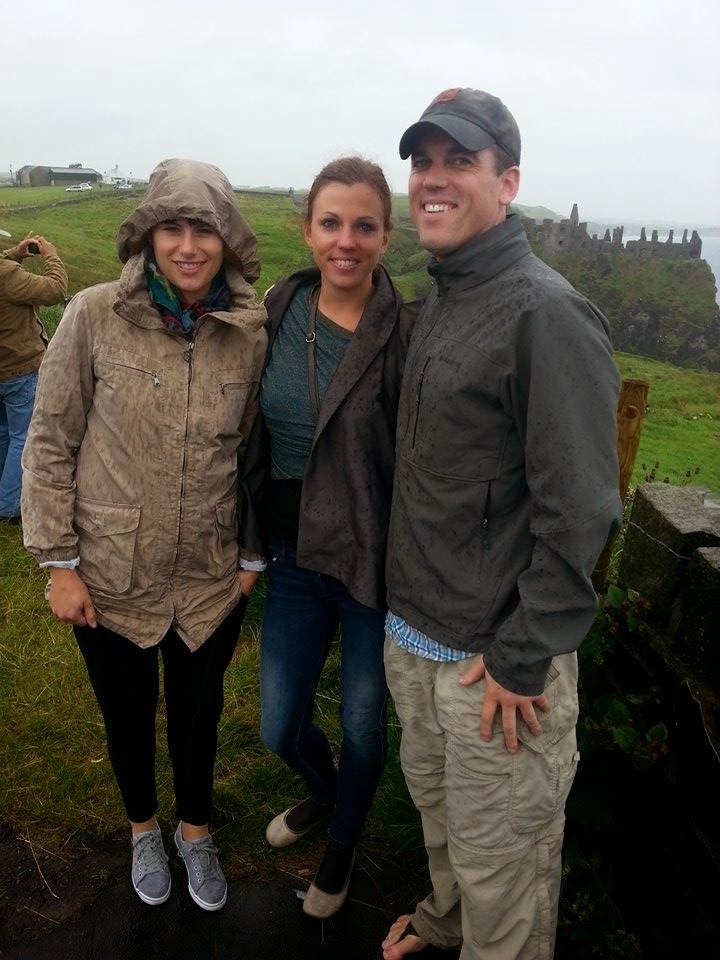 And the rope bridge (100ft above the sea) that we weren't allowed to cross because of the rain and wind...somewhat to my relief: 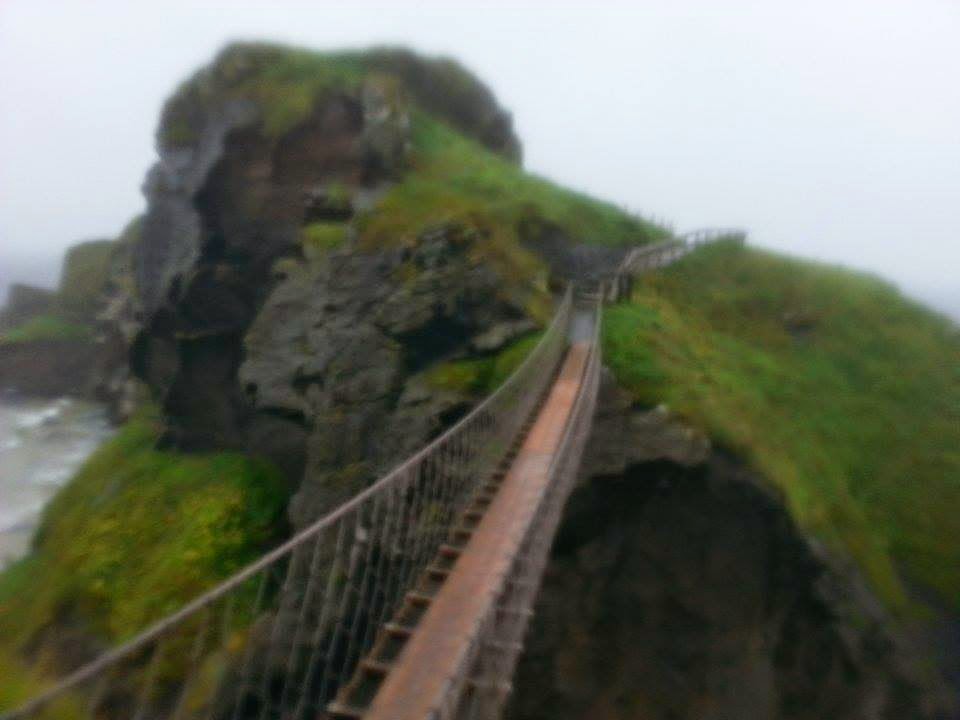 After this, it was a three hour bus ride back to Dublin, as the Slovenians and I chatted away about American/Slovenian culture, and quizzed each other on global geography.  You don't really realize how weird our culture is until you try to explain it to a foreigner.  For example, we got on the subject of holidays, and I was trying to explain Halloween:

"Well you see, every year on October 31st, neighborhood kids dress up as ghosts, ghouls, Urkel, princesses...pretty much whatever the hell they want, and go collect candy from people in the neighborhood.  Then, when you get older, you use it as an excuse to get drunk in disguise."

Back in Dublin, we hit the pubs until the wee hours of the morning.  Great craic that night as we celebrated the improbable friendship that began in Spain in 2012, and reunited in Ireland 2014.  You're welcome in the USA any time, ladies!