Saturday morning, I packed up my things and cleaned my room to the absolute best of my ability.  Mom, you'll be proud of me:  Not only did I meticulously make my bed, I even went as far as to get a broom and dustpan and sweep the floor in an effort to make the room cleaner than how I initially found it.  After a full Irish breakfast and, per usual, consistent reminders that there was more bread, more tea, more porridge,etc.., Mary and Michael dropped me off at the Limerick train station.

I had gotten a text from Padraig saying that Sunday would be the best day for me to join him, his wife, and his two year-old son for dinner in Dublin, so Saturday would be a day to adventure while staying within range of a morning train to Dublin.

I decided that Saturday would be ideal for a day-trip to the Cliffs of Moher, a beautiful coastal area near Limerick that has been recommended to me by just about everyone who has advised me on things to see in Ireland.  There are bus tours of the area that leave from Limerick seven days per week, and I arrived at the bus stop a few minutes before the bus would leave for the day.  Seats on these bus tours are normally booked days in advance, but I arrogantly assumed that everything would work out, that I would get the very last seat on the bus, and that I would make a few lifelong friends along the way.

I got to the bus, and asked the tour guide if they had room for one more on the trip to the Cliffs of Moher.  He told me he was pretty sure the bus was full, but he would check with the driver.  As I awaited final word, I gave myself a 100% chance of getting on the bus, and honestly started to believe that some sort of external force was making sure that I always got my way.  I had no plan B.

"Sorry mate, all full for the day," the tour guide said to me.  I was stunned.  For the first time all trip, the ball had not bounced my way.  Instantly, I was humbled and forced to face the fact that I am, in fact, just some dude.  Ouch.

I didn't know what to do with myself.  I wandered through the medieval part of Limerick, snapped a few pictures, and waited for fate to intervene: 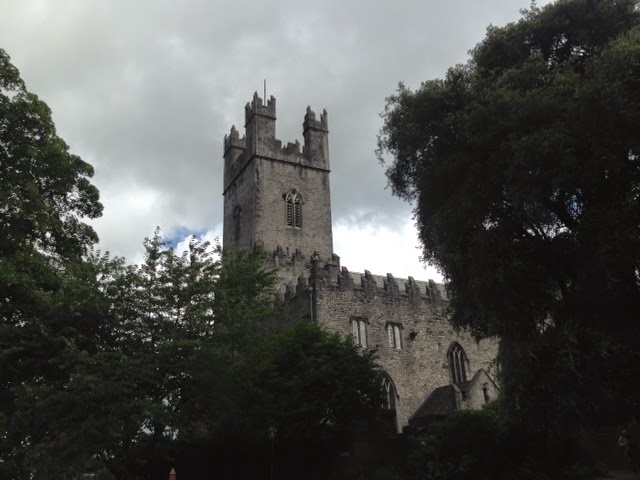 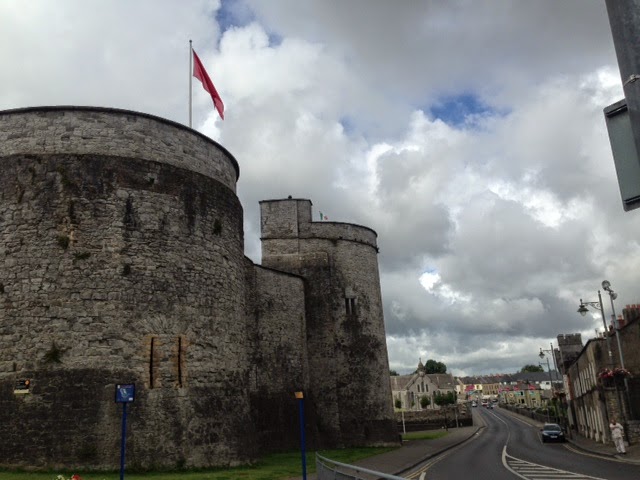 Amazingly, fate intervened a mere 30 minutes after my bus failure.  There just so happened to be an international rugby tournament beginning that day in Limerick, with teams from Fiji to San Francisco to Dublin participating.  Munster, the local team and host of the tournament, is known throughout the global rugby community for its smashmouth style of play and rabid, drunken fans.  Had I had my choice between this and the Cliffs of Moher, it honestly would have been a toss-up. 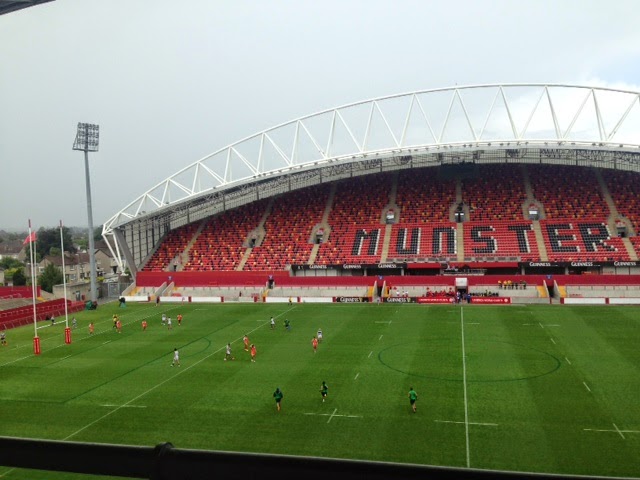 As I arrived at the stadium to purchase my ticket, I realized that I had no accommodations for the night and that this might pose a problem if I'm watching rugby all day, probably enjoying a few pints, and with the city largely overrun by rugby enthusiasts.  Not to worry though, as a few helpful locals were more than happy to make a few phone calls on my behalf and book me a room in a hostel just south of town (a private room for cheap, no less).  Perfect.  I entered the stadium, introduced myself to the two locals sitting next to me (big Munster fans), and attempted act like I knew what was going on in the game.  It took me about three full games to finally understand the rules and strategy of rugby, but I get it now.

The local Munster fans were friendly to me, very patient with me when I asked questions regarding the rules of the game, and even started to include me on their many trips to the concession stand for pints.  I found this interesting:  A pint of Guinness at the stadium is exactly the same price as a pint of Budweiser...and people actually buy Bud like it's some sort of import!  Another noteworthy tidbit, the rugby fans I was sitting with are also into the NFL, and have their favorite teams.  One was a Cowboys fan, and another was a Jets fan for no particular reason.  Further, when they learned I was from Detroit and therefore a Lions fan, they knew enough to pity me.

After about 5 hours of rugby, I decided I had had enough, and I should probably figure out where my hostel was.  It had been raining on and off all day, and I felt it was a good idea to get moving before any nasty weather blew into town.  Turns out, I had grossly underestimated how long it would take me to get where I was going.  I ended up walking through an industrial park just in time for a downpour, the likes of which I hadn't seen since Belfast.  This was, without a doubt, the low point of the trip for me.  I had no map, no Wifi, little idea of where I was going, and little chance of encountering any other pedestrians who might be able to guide me to my destination.  Further, the only shelter I could find was under an occasional tree with foliage gaps as porous as the Detroit Lions secondary (that's two Lions jabs in one blog post for those scoring at home).  Finally, I encountered a randomly-placed pub and figured that the travel gods were telling me it was time to eat and have a pint.  I walked in, drew more than a few stares, apologized to the wait staff for how wet I was, and asked if it was ok for me to sit down.  It was.

While I learned a hands-on lesson between "waterproof" and "water-resistant" pants and jackets last week in Belfast, I further learned that my North Face backpack was merely water-resistant as well.  All my worldly possessions were completely soaked--including (but not limited to) my passport, the very Chromebook I'm typing on right now (still works!) and my maps of Ireland and various cities.

I figured out where my hostel was, got into my little private dorm room, and proceeded to empty my backpack and hang clothes and things all over the place.  A few hours later, I was satisfied with the condition of my pants and one of my shirts, put them on, and hit the Limerick pubs for a few hours before calling it a night.