Nothing either good or bad, but thinking makes it so.
-William Shakespeare 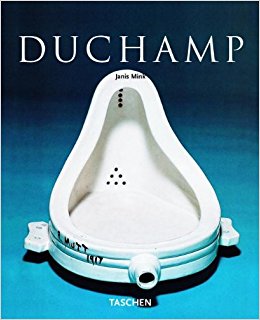 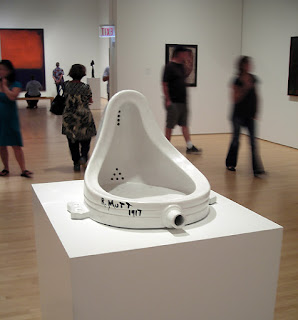 Here's the backstory, 100 years ago (almost to the day), my man Duchamp purchased this mass-produced urinal, signed it with a pseudonym (R. Mutt?), and popped it into a museum. Initially, the Society of Independent Artists rejected Fountain and refused to display it at an exhibit. 87 years later (2004), a group of 500 selected British art world professionals named Fountain the most influential art work of the 20th century--ahead of works by guys like Picasso and Matisse.

Is it art? As it turns out, Fountain simply exists as an objective thing and it's up to us as individuals to determine its meaning--if there is one at all.

Art and urinals aside, what about the rest of our world and all of our opinions about it? Which foods we prefer, whether or not today's weather is convenient, whether or not we are successful, our emotions, on and on. Who decides what we call "good" and "bad"?

For example, Simon Sinek (so hot right now in the intellectual community) used to be nervous before speaking in front of large groups. Then he realized that the symptoms that accompany nervousness---increase in heart rate, perspiration, anticipation of what's coming, etc.--are the exact same as those that come along with excitement. In short, nervousness and excitement biochemically identical, and the difference is in how we choose to interpret these sensations.

Nervousness and excitement aren't the only emotions we make mistakes about, countless psychological studies have revealed that perceived "good" and "bad" emotions are so similar to one another that we often can't tell the difference. People mistake fear for romantic arousal, and often find jokes to be hilarious even though they can't understand what's so funny.

We often talk of weather as pleasant or unpleasant, but how can this be? Isn't weather just an objective reality? Can we choose to enjoy a cloudy day and call it good?

In addition to our difficulty in defining art and determining how we feel, we also seem to drive ourselves nuts trying to figure out if we are successful or not. Evolution has hard-wired us to want to fit in with the tribe, to compare ourselves to others, and to define our worldly success accordingly.

Now that we no longer live in tribes, any success we achieve is usually followed by meeting other people who are more successful and who make us feel insignificant. Then, we subconsciously define them as successful and we are (by default) striving for success again.

At the end of the day, it's up to us. There's the objective world--weather, the opinions of other people, and urinals--that is not our to change, and there's our opinion of that world which is entirely up to us. When defining success, are we using an inner or outer scorecard? As billionaire investor Warren Buffet explains, if we place our self worth on what we perceive the outside world thinks of us, we're setting ourselves up for disaster.

By directing attention inward, however, we take control and decide what everything means. We decide if life is a urinal or a work of art.