Avoiding the Tyranny of Comparison

"Comparison is the thief of joy."


If the above quote is true, we're in deep shit. To paraphrase my boy Daniel Gilbert, most of us make decisions on where to live, what to do, and with whom to do it--and we often make these decisions based on a subconscious comparison of our lives to those of others. This seems so natural that it's easy to overlook the fact that we are among the first human beings to make these decisions. For almost all of human history, people were born into unchangeable situations, accepted them, and (presumably) made the best of them.

Comparing ourselves to others is nothing new, but being told our lives are inferior because we don't have what others have is mind-bogglingly new. Some people earn a good living by doing so, like this d-bag: 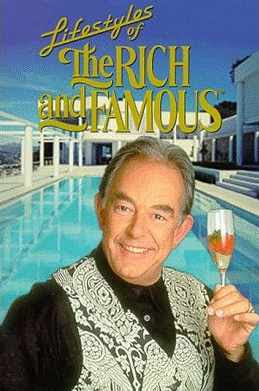 Looking below at a timeline of human history (not quite to scale), we can see that the recent agricultural, industrial, and technological revolutions made pricks like Robin Leach possible. As Gilbert points out, "the resulting explosion of personal liberty has created a bewildering array of options, alternatives, choices, and decisions that our ancestors never faced."

To make these decisions, we often subconsciously rely on our ancient instinct to compare ourselves to others. For 99.5% of human history, this was probably a good idea. But as we'll find out, comparison truly is the thief of joy in our modern world.


Quick facts in case you missed the post about distractions:
Humans have been evolving for 2,500,000 years (that's 2.5 million)
We figured out how to farm 12,000 years ago and started the earliest civilizations
It takes roughly 25,000 years for evolutionary adaptations to take hold
Thus, our minds and bodies are still those of hunter-gatherers


To make this more personal, let's say a quick hello your great2,000 grandfather (for simplicity purposes and because I'm a dude, we'll focus on the male lineage of your DNA...shoutout to Tim Urban): 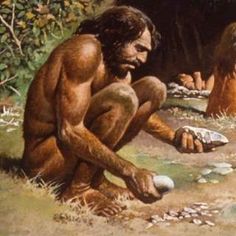 
Your great2,000 grandfather, a hunter-gatherer, lived in a tribe of 75 people, and those were the only people he knew.There was no such thing as being attractive or unattractive because he only knew five other men his age, and your great2,000 grandmother was his lone mating option. Ah, the simple life.

For your great2,000 grandfather, comparing himself to others was a good idea. In fact, there was nothing more important than to be aware of what his peers (all five of them) were up to so that he could maintain social acceptance. If the tribe began to gossip about how unproductive or annoying he was, his status would drop and he could very well be thrown out of the tribe, left for dead, and you wouldn't exist. 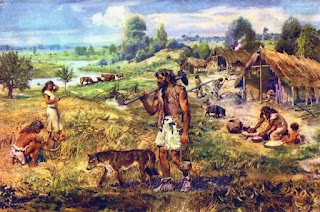 
This dude lived in a small agricultural village, inherited a few domesticated wolves (for protection and companionship), and contributed to a small economy. He competed for resources and mates among a society of a a few hundred people, was completely unaware of the other 5 million-or-so other humans on the planet at the time, and evidently was able to score with your great400 grandmother at some point. At no point did this guy contemplate a career change, save for retirement, or discuss moving to a warmer climate. All the while, his body and psychological software were identical to yours (save for that tattoo you got on spring break in '99). 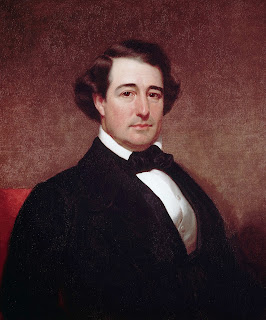 Your great5 grandfather may or may not have been Millard Fillmore, but let's assume he was. Grandpa Millard was a young adult at a pivotal time in mass-media history: the advent of the photograph. For the first time in human history, we could compare ourselves to actual images of people we had never met. For instance, these 1839 photos of Robert Cornelius and Dorothy Catherine Draper: 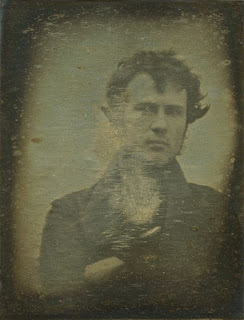 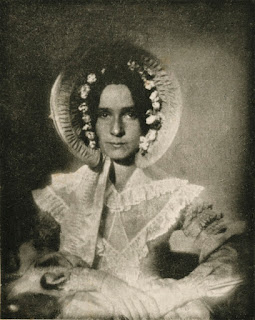 The ability to feel shitty about one's self was increasing, but photographs were still rare. Most people were still living on isolated farms, playing checkers with immediate family, and maybe reading a book if they were lucky.


Possible Peer Comparisons: 100 (if that)


As we move ahead 100 or so years, feelings of inferiority are growing exponentially. Hollywood becomes a thing, televisions become common in the 1950s, and now your grandfather is painfully aware of his mediocrity. Despite his above-average athletic ability, he knows Joe Louis would kick his ass, George Mikan can easily back him down in the post, and your grandmother will never be Marilyn Monroe.


Now that we have television, the media knows they can sell worthless (and destructive) products to your unsuspecting grandfather by making him feel inadequate and by leading him to believe the answer to his perceived shortcomings can be found in bullshit: 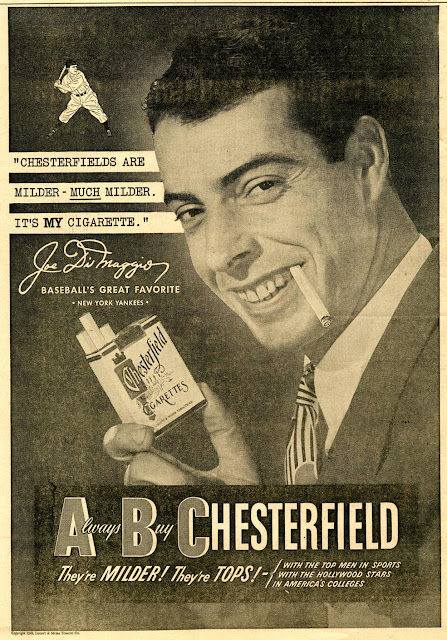 
Right around this time is when people your grandfather's age came up with the idea of superheroes. Not only can grandpa feel inferior to Mickey Mantle, he can fantasize about kicking as much ass as Superman or pulling tail like Bruce Wayne. Hooray! Let's all hate ourselves and wish we were someone else!


Moving on to today and to you. You probably look something like this (thanks again Tim Urban): 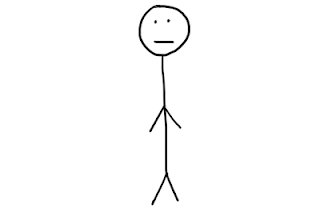 You didn't invent billboards, movies, the internet, smartphones, telemarketers or social media, but you were born into an era where--for the first time in human history--it takes a substantial effort to avoid comparison. I get it, you pretty much have to have a smartphone and at least one social media account in order to function in modern society. But this does put the ability to compare your life to billions of others in your pocket and next to your bed at night. Now, it's the last thing you do before sleep and the first thing you do upon waking. You subconsciously compare at stop lights, as soon as the flight lands, and multiple times throughout the day--even when you don't want to.


And here's the worst part: you don't even compare yourself to actual people anymore. Now you look to movie characters, 'roided up athletes, silicon supermodels and staged/filtered Facebook posts to see how you measure up: 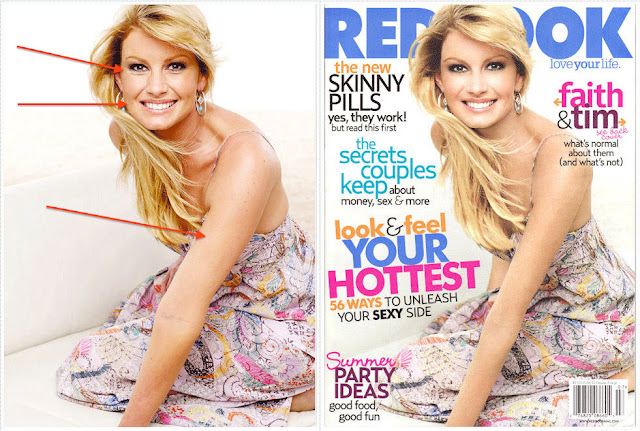 Left: actual photo of Faith Hill Right: the photo that gets published (and a plug for skinny pills!)


Here's what blows about all this comparison (shoutout to Mark Manson for this bell curve): 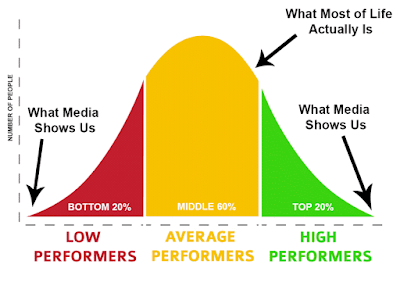 In short, we're all in that yellow middle when it comes to just about everything, but we compare ourselves to the extremes. Some alarming statistics:


The worldwide population is roughly 7.5 billion
There are 2.3 billion active social media users (with an average of 5 different accounts each)
Snapchat users watch 6 billion videos per day
Adults in the US spend an average of 1.25 hours per day watching video on digital devices
Facebook adds 6 new profiles every second


So what the hell do we do about this? I'm not going to pretend I have all the answers, as I've only recently become aware of all of the above. In fact, just writing all that has been therapeutic for me. Maybe that's step one:


1. Become aware: Understand it's in our DNA to compare ourselves with others, to try to fit in, and to regurgitate others' opinions and desires as our own. That made sense for your ancestors. Not for you.


2. Get to know yourself: Sounds simple, but spend some time trying to figure out your answers to Gilbert's three important decisions without sifting through the tangled ball of yarn that is the thoughts and opinions of others: Where to live? What to do? With whom to do it?


3. Take control: Stop comparing yourself to others, appreciate what you have, and let others measure themselves against you.


*As I am no expert on this, this is an incomplete list. Please feel free to add to it in the comments below.