Dwight Eisenhower and Draymond Green: More Alike Than You Thought 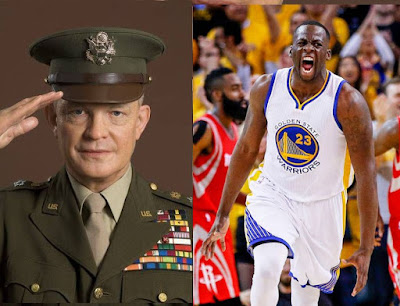 Hitler and the Nazis were able to swiftly conquer neighboring countries like Poland and France by way of a startling and intimidating strategy known as the German Blitzkrieg (which is where you football fans get the term “Blitz,” by the way). By concentrating troops into narrow, piercing units (usually tweaked out on the crystal meth, mind you), the Germans assumed the look of an overwhelming force and caused opponents often to give up rather than try to fight what seemed to be an unwinnable battle.

Similarly, when LeBron James has the ball on a fast break, every player in the NBA knows it is best to get out of the way and let him score as opposed to getting posterized (see entire Detroit Pistons team in game 5 of the 2007 Eastern Conference Finals), or giving King James an and-one opportunity. Every player, that is, except for my main man Draymond Green.

After the successful D-Day invasion of Nazi-occupied France in 1944, Allied forces knew they would face the German Blitzkrieg again. How would they stop it? How to resist a force that had made such quick work of every army in Europe to that point?
Fortunately for all of us, a great leader named Dwight D. Eisenhower stepped up and saw the opportunity within the impending attacks. By letting the Nazis through the Allied front lines (similar to the strategy invoked by Sunshine from Remember the Titans), the Allies could lure the Nazi meth heads into a “meat grinder,” surrounding and attacking them from their exposed flanks and from behind. 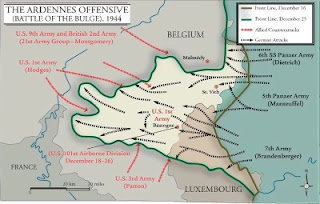 A few days ago, Draymond used a similar strategy as LeBron caught the ball in the open court and seemed destined for a thundering dunk. Green, who has earned a reputation for standing up to James (or for punching him in the balls, depending on where you’re from), was not intimidated. He took it to LeBron and, by doing so, exposed what might be the only flaw in the eventual Hall of Famer’s game: his propensity to flop like a European soccer player.

But that wasn’t all, as the Flop King played dead on the floor of Oracle Arena, Draymond showed further insubordination by mocking LeBron’s theatrics to the delight of courtside Silicon Valley billionaires. The reaction of the ESPN commentators, coupled with the condemnation of Draymond by journalistic hackjob Stephen A. Smith tells you all you need to know. The Warriors went on to blow out the Cavs, and the undersized butterball from Saginaw got the best of the greatest player since Jordan—perhaps exonerating himself from the dick pic he tweeted over the summer.

Bless you, Draymond Green. You give us all hope.
Posted by Sean at 9:08 AM

Email ThisBlogThis!Share to TwitterShare to FacebookShare to Pinterest
Labels: Sports